Juror 11, Rick Ray has recently revealed why he left the jury: "Family emergency and Felt threatened by the father of the sheriff’s deputy [who was on the jury]. He knew I was swaying to not guilty based on the fact I wanted to review the evidence which 98% of it you saw In the documentary . The other 2 % I do not recall."

The family emergency was his daughter's car crash as described here: 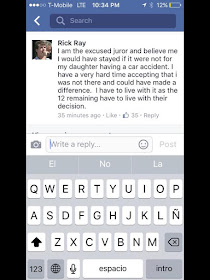 No one called the accident in, yet the police arrived within two minutes. From his daughter: 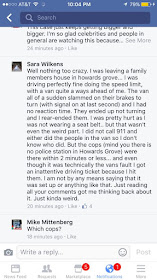 His daughter wouldn't comprehend the scale of what she was involved in at the time. It was a professional job, the kind the CIA pull off all of the time (I'm not suggesting the CIA did this). All of the illegal framing done by the corrupt police to ensure Steven Avery's guilt would have amounted to nothing if Juror 11 had found Steven not guilty. If you think this is far-fetched, then consider that another juror has just recanted the guilty verdict and confessed that it was made out of fear for their lives. 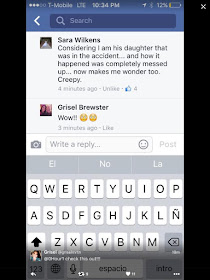 My video on this subject: