With my schools talks tapering off for exam time, I’m making fast progress on my third book, Prison Time, which picks up where Hard Time left off, and features my unforgettable friends such as Frankie, Two Tonys, Xena, T-Bone… I’m drawing on the blog, letters, memory and input from prisoners. I’m using stuff I wrote that I couldn’t post while in prison that range from fights to details of Frankie’s sex life.


The prequel to Hard Time, Party Time, is going to be published by Mainstream Publishing (Random House). It’s slated for spring 2013 in the UK, not Christmas like I earlier thought.

If I finish Prison Time before the end of 2012, I can submit it for publication for Christmas 2013, thus completing the English Shaun Trilogy.

I’m also working on T-Bone’s life story, and I’m going to explore my parents’ attic for the draft of Two Tonys’ life story that he dictated to me in his cell.

I did my first talk to Rotarians at the Rotary Club of Sutton Nonsuch, Chipstead Golf Club, Coulsdon, where there was much ringing of bells and toasting Queen Elizabeth. I had an excellent veggie dinner with business gentlemen who help the community, and told them my story. It was all quite Masonic. I now know the secret handshake to get out of police trouble, and if that doesn’t work what to say to the judge, “Is there no help for the widow’s son?” 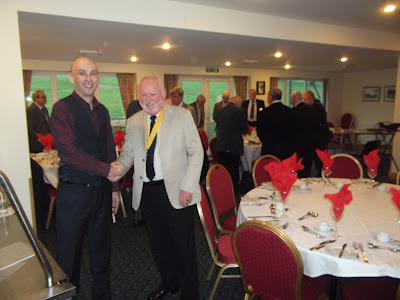 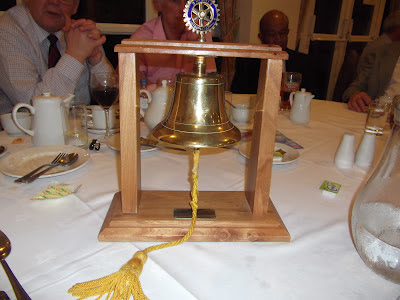 Thanks to the heat, I’ve discovered a correlation between the amount of words I write and my consumption of Nobbly Bobbly ice-lollies. My Polish dentist won’t be pleased.

The trick to not damaging your keyboard while typing furiously with a Nobbly Bobbly stuck in your gob is to lean backwards slightly, so the hundreds and thousands that the Nobbly sheds don’t get jammed in the tiny gaps at the sides of the keys. 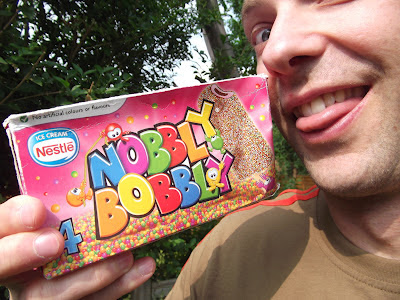 Click here for Dawn of a New Adventure (Part 11)

Trilogy which is the other book then?

That's a good place to sign Mr Attwood! Haven't even started on the stuff that we were talking about before I went away as I'm far too jetlagged but I promise I will do soon
Charlotte x

Prison Time is the 3rd in the trilogy, Vicky

Sorry mis read your article lol....party time is next then :-)

Hey shaun was saying was there another book and went into waterstones to buy it so gteat news that it is coming im reading it know on holiday.

cool, please take a pic of you reading it on holiday for my website :) TJ

Shaun I am doing my dissertation on barriers/ challenges and social exclusion faced for ex offenders reintegrating into society :-) any recommendations on books/info etc?

Try the websites for Koestler Trust, Prisoners Abroad and No Offence, Vicky

oh good! I am looking forward to that book as the last one I read in two days.

i was just speaking to T-Bone tonight about his difficulties readjusting and getting work, Vicky

Shaun I heard T-bones going to be released soon.. When's the big man paying a visit to the mighty sjb!?

Is t bone still in the us?

t-bone is free and trying to get his passport: Jamie

Don't forget about fitting in training for black belt ;-)

I wonder if these books are available to the prisoners in Arizona? imagine going to a prison library and getting a book that talks about you?! poor Frankie!

‎Daniel my books are banned by the arizona department of corrections, but i did manage to sneak a copy of hard time in

Steve should be back soon as my fingers are almost healed, how's your finger?

Good mate see u soon , my finger is still at right angle lol , but no pain which is the main thing the hook look is just something I gotta get used to :)

cant the hospital re break it and set it right?

No it's not the bone that is broke , it's the tendon that runs along top of finger that pulls the finger back straight , it's come off the bone and can't be reattached :( the best they can do is fuse the end joint either straight ( then I wouldn't be able to bend the end ) so wouldn't be able to make a fist or fuse it slightly bent so I can make a fist but not sure I want played and screws in my finger , I could see that causing problems so just gonna leave it as it is and just learn to live with it

ah well, at least we haven't lost an eyeball :)

Ha ha I do have to be a bit careful with my hook finger incase I loose an eye :)))))

I've always said to Jayne there's a film or two in the book(s), it would be hard to compress everything into one movie, but hey, they got Andy duffrains 25 years into one film I'm sure a good screenplay writer could get your time and all the smashings in one movie. If you've not seen it check out felon, I stumbled across it a couple of years back, your cuz and I thought it was a top film, hard arsed guards and a man inside for protecting his! Give it a view people if you haunt seen it yet...

Chris, the people who are advising me think Party Time is more likely to generate a movie than Hard Time