I’ve been having to keep cool because of this youngster named King. There are people who you can get into it with and you deal with them and they hit you and it’s over, and then there’s those who one has to hurt severely or maybe even leave to die. You have to make a choice to either walk away so that he you go home or take it to a very dark place. 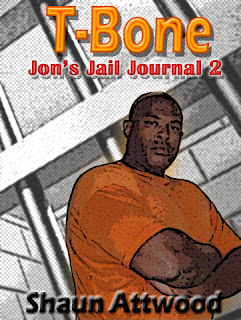 This guy King is really asking for trouble in the worst way. He is serving all day [life] and has the attitude of one who says he has nothing to lose, and wants everyone to be afraid of him in this environment, but there are those who don’t leave. It’s very serious. This guy is a real asshole. He talks to people all the time like he doesn’t bleed. But I know how things are gonna work or be with this guy: he is going get hurt very badly or even worse because he won’t stop opening the door to evil. He doesn’t understand how things work, and man can it get ugly in this place! You know me and you can see and hear how serious it is.

I stopped a guy from going after him the other day and he doesn’t get it. He keeps being disrespectful to people and it’s because he’s angry at himself because he has a lot of time to do. It’s a real dangerous situation. This guy has nothing to lose. Well, as you know, I am trusting in God for help and I do know that I must make the right decision.

Click here for descriptions of all of the prisoners I write about at Jon’s Jail Journal ranging from Mafia hit men to giant transsexuals.
Shaun Attwood
Posted by Jon at 10/29/2017 10:15:00 AM