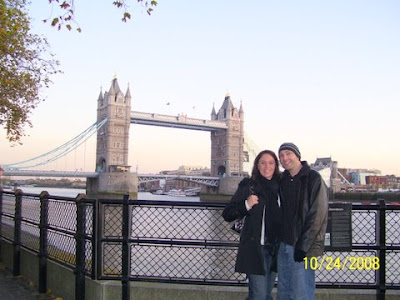 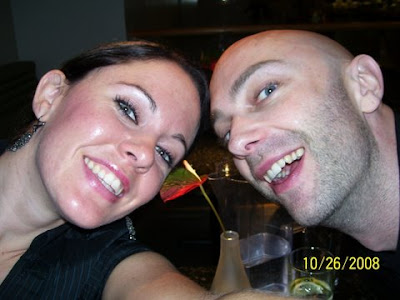 The Royo Romance (Part 26)
Royo Girl - An intelligent and attractive criminology graduate who used to visit me in prison. Whether her interest is based on love or she is writing a thesis on my criminality is an open question. She's presently visiting me in England.
Click here for Part 25.

It’s midnight, October 26th and I’m hunched over a desk in Room 606 at Club Quarters. Vacant skyscrapers in London’s financial district surround the hotel.
On the double bed is Royo Girl. She is writing her own account of the time we have spent together in London so far, and giggling impishly.

Royo Girl flew from Tucson, Arizona two days ago. On Friday afternoon, before alcohol had entered into the equation, we engaged in typical tourist activity. Holding hands along the River Thames. Asking foreigners to take pictures of us standing by Tower Bridge. Stopping for pizzas opposite St Paul’s Cathedral.

But as the night sky enveloped London, Royo Girl’s darker side began to emerge. She suggested a pub crawl. The rules: walk for twenty minutes then have a drink in the first pub we come across. I agreed. This worked well for a while. Walking. Relaxing over a glass of dry white. Walking some more.
Then Royo Girl changed the rules: walk for twenty minutes, enter a bar, chug a shot, and keep walking. In the face of severe protests from my calf muscles – we’d been walking for close to five hours – I agreed.
I rarely do shots, so to lighten my throat’s burden, I ordered fruity shots, such as Apple Pucker. Royo Girl ordered Hornitos, and ridiculed my “sissy” drinking habits.

Other than brief shot-chugging stops, we power-walked Central London until my legs almost gave out. We breezed through Leicester Square, Covent Gardens, Piccadilly Circus and Trafalgar Square. We passed many a tube station, rickshaw, and bus stop, all of which I looked at longingly, but Royo Girl insisted we keep walking.

We didn’t get back to the hotel room until 2am. Despite all of the wine and shots, we’d walked so much we could barely feel the alcohol – a situation we decided to remedy in a hurry. We downed a few bottles of fizzy wine from the local Tesco’s.
I finally passed out at around 6am. But I was only asleep for a few hours. Unable to sleep, Royo Girl had turned the TV on, and was watching SpongeBob SquarePants with the volume raised to a level only surpassed by her drunken cackles.
Annoyed but lacking the energy to throw the TV off the sixth-floor balcony, I feigned sleep and waited for an opportune moment to make my move. I didn’t have to wait long. Hearing Royo Girl breathing softly in the manner of a sleeping person, I tiptoed to the TV.
No sooner had I turned SpongeBob SquarePants off than Royo Girl’s eyes sprung open like a vampire’s. “What are you doing to SpongeBob SquarePants?”
“Bugger SpongeBob SquarePants! I’ve turned the TV off so I can sleep.”
“But I need the TV on to fall asleep. You shouldn’t be angry at funny Spongebob ’cause you’ve got issues.”
“Got issues! Like the rest of the world, I can’t sleep with the TV on.”
“I always fall asleep with the TV on.”
“That’s not normal. It’s staying off if you want me to function tomorrow.”
It stayed off and we slept until 2pm.

On Saturday night we were joined in publand by a college friend of Royo Girl’s, Astro, a Caribbean French woman living in London, and my friend, Mike Hotwheelz, another Brit expelled from America after imprisonment for drug charges. We were probably the only two ex-criminals out on the town with two criminologists that night.
Pleasant and mild-mannered Astro contrasted with hyperactive sharp-witted Hotwheelz who regaled us with various amusing anecdotes.
On the subject of my propensity for fruity alcohol, Hotwheelz said, “Shaun you’re the sketchiest sissy I’ve ever met.”
Laughing hard, Royo Girl managed to add, “That’s one of the funniest things I’ve ever heard.”

A few pubs later we were joined by Jeremy, a New Orleans Saint’s fan, six-six, and built big. Jeremy spoke with military loudness and was wreathed in Mardi Gras necklaces. He tagged along until his crew of equally drunken and loud football fans sent out a search party for him.

We returned to our hotel earlier that night. In Room 606, watching horror movies made us peckish, so we ordered a delivery of burgers and Pinot Grigio.

Other than the SpongeBob SquarePants incident, Royo Girl has and continues to be lovely company. Being around her feels perfectly natural. I appreciate her intelligence, sense of humour and her random outbursts of feistiness when her blood alcohol level rises.

Coming next: Royo Girl’s version of our weekend in London, and more pictures
Email comments to writeinside@hotmail.com or post them below
Shaun P. Attwood
Posted by Jon at 10/28/2008 06:07:00 AM

well, you got your birthday present a few days early!

Wow Shaun, She's a hottie, way to go.
If I wasnt married, I might like to get expelled from a foreign country for drug charges and date hot chicks. lol
you seem really happy, the shot of the bridge is especially nice. kudos and cheers.
big jason

They say sleeping with the tv on causes your brain to work "overtime" processing the information it hears thus leaving you feeling tired when you arise.

Umm and now for the juicey detailsthat you have left out...you know I have checked the link out hourly since sunday for htese details and still this is all you give us..hummm I will be having words with you..its might say anonymous but you know who your curry girl is hehe

cute photos of you two you look so happy :)