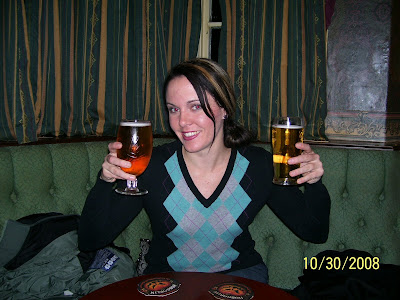 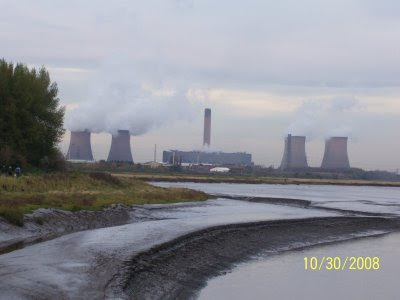 The Royo Romance (Part 28)
Royo Girl - An intelligent and attractive criminology graduate who used to visit me in prison. Whether her interest is based on love or she is writing a thesis on my criminality is an open question. She recently visited me in England.
Click here for Part 27.

Royo Girl has delivered on her promise and provided an account of the time she spent in my hometown.
Prologue

I look at the date today and can hardly believe that over a month has passed since my holiday in jolly, old England. On one hand, time has gone by incredibly fast making it feel like only a week has gone by. On the other, it feels it has been ages since I last saw Shaun.

My Arrival in Weirdness

Let me begin by telling you how funny it was watching Shaun struggle with my suitcase all the way from London to Widnes. I told him that he didn’t have to take the larger, heavier suitcase (which he affectionately began calling “The Beast”), but he was a true gentleman and stated he was taking the case for me. Shaun and I had to pick it up to carry it down the tube stairs. He then had to push past people to get the dang thing on the train, and then go on the urine filled elevators to get to the appropriate side for his mom to pick us up at Runcorn station. What makes this all the funnier is the fact that I had carried the case, with the smaller case inside it making it even heavier, all the way from the airport to the hotel by myself. My poor, little delicate Shaun!

My first day in the town of Widnes was nice and quiet. Shaun’s mom came to pick us up and I immediately had to begin adjusting to a slightly more northern accent. Once we unloaded my cases from the car, Shaun and I took a walk through part of the town. It was beginning to get dark, but he took me up some unlit hill [Pex Hill] anyway. He reminisced about his childhood days and the things he used to do up on the hill, which were, as per usual, deviant in nature. Upon our arrival back at his house, we had a nice family dinner and then watched Layer Cake (which is definitely a movie worth watching, especially if anyone likes Daniel Craig).

Unlike my own family, who will wake you up at the butt crack of dawn so that everyone can help do the fun, outside chores, Shaun’s family let me sleep in until noon! I found my jetlag really annoying as I felt it was cutting into how much I could fit into a day’s activities, but Shaun doesn’t wake up until ten anyway. (Lazy!)

When I eventually did get up and get ready, Shaun’s mom had already made me a cup of tea and coffee and cut me a piece of cake for breakfast. Shaun and I made our way to Liverpool for a few hours. I was super excited to be in a part of England that I had never been to before. Unfortunately, we didn’t spend too much time there. I was able to see the cathedral, go shopping for the Halloween/birthday party, and have a good meal at a local café. The evening was spent “having an Indian” (I love that very wrong sounding English phrase) and toasting champagne to my 40 year old buddy.

The next day was very similar except we went to Manchester and I had the pleasure of going to Gay Street, aka Canal Street. Shaun and I went for a drink at Queer Bar, where Shaun seemed to be enjoying himself a wee bit too much. Hmmm… We saw an ad for a showing of The Rocky Horror Picture Show at one of the gay bars on the street and we decided to go. Of course, we drove all the way back for dinner with Shaun’s parents and then back for the showing at 10pm. It was my first time to such an event and it was pretty entertaining.

Finally, I convinced Shaun that I wanted a tour of Widnes itself. I wanted to see where he had grown up. I wanted to see the place that I was actually visiting and not just the surrounding areas. And on the fourth day, he gave into my demands much to his own dismay. We went to the town center first, where my camera ran out of battery (Of course). I bought more batteries at a local newsagent, which should also be known as the local swindle shop because none of the four batteries in the pack worked. I was told by the shopkeeper when I returned them that my camera must take a special kind of battery – try again, my friend. It just takes double A batteries that work.

Next, Shaun took me to Spike Island, West Bank and I have an awesome picture of the River Mersey and some huge, nuclear looking plant [Fiddlers Ferry Power Station] off in the distance. Although it is a bit of an eyesore, it is a very prominent marker of the Industrial Era still left in the modern world. Shaun tried to convince me that I should pretend to feed the hungry looking swans for a picture. I was not so easily fooled.

Given my company, how could we not go to the Widnes church and cemetery? Farnworth Church was small, but impressive given that it had been around for centuries. We walked around the outside of it and then back into the cemetery section. Shaun defiantly posed on one of the graves and I respectfully walked around them. We walked a bit further in and noticed three hooligans sitting on a bench. Our presence most likely disrupted their activities, but they didn’t seem to mind too much. Shaun boldly asked them when the church was open. After they responded, my tour guide felt compelled to notify them that I was an American, which inspired a few jokes and the unavoidable question (even from a band of young hooligans) of who I was going to vote for in the pending election. My response then and now is that I don’t talk about politics.

In the evening, Shaun dragged me to his BodyCombat class at Halton Leisure Centre. I was pensive to say the least, especially when looking at his gleeful face as he talked about how excited he was to take me to it. I knew he couldn’t wait to see me struggle in the class and possibly die at the end of it. Unfortunately for him, I didn’t do too badly and was super energized afterwards. HAHAHAHA. His plan backfired.

After Shaun and I showered and ate back at his parents, we went for a night out on the town. He took me to Hammy’s favorite pub, The Ring O' Bells. Shaun introduced me to some people he knew and we ordered our drinks. I ordered a lager and he ordered a cider J We stayed for a bit there and then meandered onward to some other pub [The Horse and Jockey], of which I have ashamedly already forgotten the name of. We chatted with the McMullens, a comical, older couple for at least a good hour. I should have known at the church that Shaun was planning on parading me around as the American in Widnes to see who he would get a rise out of. It eventually worked at the local chippie/kebab house. The man behind the counter didn’t seem to be impressed with us and then one of the customers started slagging off Americans. I have to admit that it was funny as all of the people in the chippie looked a little uncomfortable. However, Shaun forgot that I was no foreigner to being a foreigner and his experiment to see what kind of tense situation he could create was not going to work. The night ended quickly after we gorged on unhealthy foods from the chippie.

That’s all for now. I am going to write a separate entry for my account of Shaun’s party, which I will try to do soon.

so what does the futuure hold for you and royo girl?

Thanks for the account, R.G...you sound better "in your own voice"! Really. It's a funny and good contrast to Shaun. I told him once he should write a pulp fiction series set in the future casting himself as an intergalactic romantically challenged super hero alter-ego along with all of his blog characters. I think you'd be the perfect female counterpart, opening jar lids and doing the heavy stuff.

RG has invited me to stay with her in Australia, but I start work in England in the new year, so I'm unsure what the future holds for us, but we have great chemistry and I really enjoy her company.

I'm not reading all that. I want to read more from Two Tonys, not this Royo Girl bullshit.

Royo girl, please shack up with Shaun and commence to making little Shauns. :) Happy NY to you as well. Stay beautiful. PEACE. -Jose in San Diego.