skip to main | skip to sidebar
Waterstone’s Wilmslow Book Signing
Mum and I spent a wonderful day book signing in Wilmslow. The customers were the friendliest people on Earth. They asked questions, expressed interest, and seemed genuinely delighted that we had dropped into their town. As we doled out flyers, not a single shopper tried to intimidate us with a get-out-of-my-face how-dare-you-waste-my-time frown.
The atmosphere was so good that Mum even ventured outside, presenting flyers to passers-by – some of whom hurried in and bought the book with minimal demands for all sorts of information from me.
Mum quickly conquered the street, striking up conversations left and right, devoid of awkwardness, generating positive reactions as if she could do no wrong, almost as if the universe had decided to return to her in double form all of the good vibrations she was giving off.
A lady told Mum that she didn’t read much because it took her too long, and that she only read books with big print. Mum showed her Hard Time, to which she replied, “The print is too small.” But after a ten-minute chat, she bought it. An hour later she ran into the store, proclaiming to the people gathered around my table that she had started reading Hard Time over a cup of coffee, and couldn’t stop. Hope you continue to enjoy it, Sarah!

A Prison Break fan devoted to Wentworth Miller bought a copy of Hard Time. I told her that people keep suggesting that Wentworth should play me if Hard Time becomes a movie. She said that would be a good way to get girls all over the world to watch it. I'm going to mail Wentworth a copy of Hard Time.
Being in such harmony with my surroundings unfortunately meant that I had no choice but to lower my usual work ethic and allow Mum to take multiple breaks. I even filmed evidence of this – in order to crush into silence those of you who believe that I don’t ever allow Mum to rest during the book-pushing hours. Naysayers, please see the YouTube video below.
I would like to direct all of the followers of the remote-control cockroach to the photo section, and more specifically to the lad in grey, clutching the mechanical insect affectionately with one hand, pressing one of the remote-control buttons with the other.
The manager had ordered 40 copies. Although footfall was moderate, we sold out and left early. But don’t worry disciplinarians, I won’t be allowing Mum to leave early this coming Good Friday in – or, hopefully, ever again for that matter! 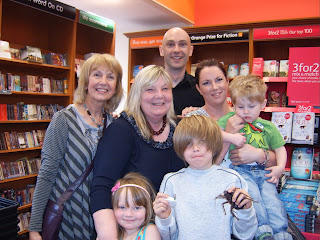 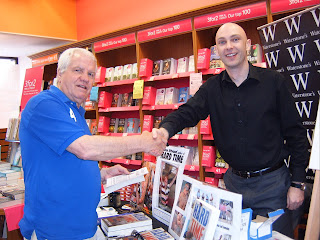 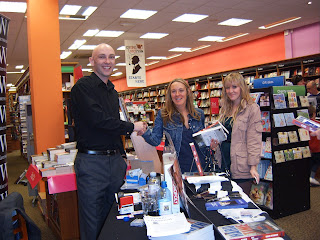 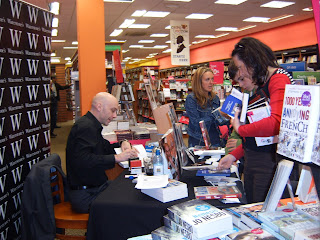 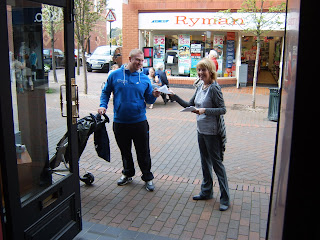 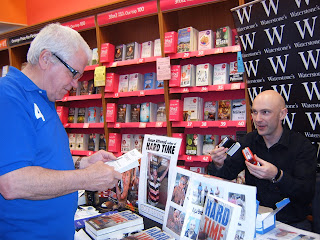 "Would you like my signature stamped with red or black cockroaches?" 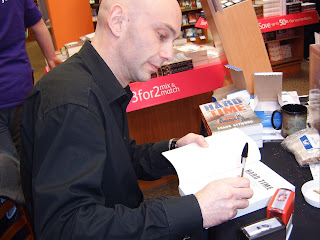 I just finished reading my (Kindle'd) copy and I have to say WOW! Even having read the blog from start to finish, the book held my attention and I read it in one go. Can't wait for the sequel.

Thanks for such kind words. I am slowly getting the prequel polished up. Hopefully, I can make some progress during the school holidays.

sorry i didnt make it to see you, hope we can meet up soon

Mum said it was great to meet you, Sarah, and she wishes you all the best.

Lovely to meet you both x
Hope to see u soon

When are you coming to Cheltenham?? lol :)

It's quite a drive, Cheltenham. I'm hoping to start doing some London ones as I live south of London, and I'm told that the London Waterstone's have high footfall.

nice to see a family

Wilmslow Waterstones has a friendly tranquil atmosphere and lovely staff. The people we met and chatted to asked questions about Shaun's story, and we sold all the books. Talking to Sarah and all the others made it interesting and fun.It was great to meet up with my sister Linda, niece Sadie and her three gorgeous children Henry, Lily and James. Lily and Henry loved the cockroach but James wasn't so sure.

Shaun is a hard taskmaster and only sits down to sign the books, eating his nuts and bananas stood up, while a sneak a rest.

It's hard work but after all the 'hard times' it's great to share in his success.

Ha ha!! Looks a great one - and did your mum say on the clip that YOU had made her tea? Now that's impressive! ;-)

I'm not sure who Mum said had made the tea but I am willing to take full credit.

Presently Mum is insisting that I go outside and sit in the sun, "otherwise you're going to end up with rickets like one of those little kids that sits at his computer all day."
"I'm just like one of those little kids at my computer all day," I said.
"You should come out and get some sun on your head," Mum said. "The vitamin D will go right to your brain."
"Or at least stick one arm out of the window while you type with the other," Dad said.

Go get some sun!!!! You need a break *scowling at you though the computer screen* And you know what my maiden name is...you REALLY don't want that!!! ;-)

A mum thats supportive, good company, and a sense of humour...love her

i am up to the bit where you have been moved blocks, i its taking a while and you have met someone you know not far yet

Tell her hi from me, yeah.