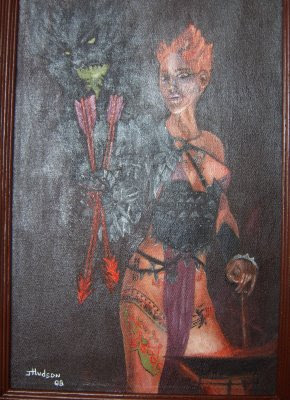 Greetings from the Abyss by Jack (Part 4)

Before leaving Tucson prison, I asked Jack, a 49-year-old lifer whose encouragement led to my foray into short-story writing, if he would be willing to write for Jon’s Jail Journal.

Hello my friend, how are you today? Well, I hope I seem to be OK for the moment, so I thought I would take this opportunity to write you. There have been a few changes since we last spoke. The phase program has finally begun. I am now in phase3, yeah! The only real benefit for me is the increase in hobby craft. I do receive more phone calls, visits and increased store limits, but none of that has any real bearing on me.

I spoke with Slingblade the other day, and asked if he had a message for you. He said to tell you that he would probably not be writing you back. He then walked off as if I wasn’t there.

Slope made parole. He is being paroled to another number, but at least there is hope of his being released now. He is still recovering from his misadventures with the dentist. That guy really did a number on Slope’s skull.

Guys are being released on a fairly steady basis, and unfortunately 2 out of 3 are returning just as quickly. It’s downright disheartening.

We are expecting a large influx of people from SMU either today or tomorrow. In typical DOC fashion, the left hand isn’t talking with the right. The overall population here dropped sufficiently low enough that the administration decided to work on a few long overdue maintenance issues. The count movement officer moved people around until he was able to empty one complete pod. The maintenance guys went in and fixed the problems, and slapped a fresh coat of paint on everything. When they were finished, the guys in the other half of the building were moved into the renovated side. After this side was completed, a pod from the next building would be moved and the process repeated until the unit was completed. The plan went great until Central Office noticed all those open beds and decided to fill them. The long and short of this tale is that all repairs have stopped, and we are stuck dealing with the broken toilets, sinks, heating and mold. Not to forget the mice population, which is enormous. They make great pets if you like rodent urine and feces all over the place. And lets don’t forget the fleas and whatever pestilence they happen to be spreading at the moment. Hanta virus and bubonic plague spring to mind.

My paintings are coming along. I haven’t found a niche to sequester myself yet, so I am dabbling in various forms and ideas. It’s great not to have any formal training because then I don’t recognize the grievous errors I’m committing. The painting that I sent you is my attempt to convey my writing muse to you. As I’ve mentioned before, she is a bit more demanding than most. I realize it’s not something one would display in a prominent spot, but I believe if you were to put in the back of a closet it would work as a cat for chasing away the rodents. The idea for this came from a Dungeons & Dragons magazine that my neighbor was looking at. I noticed something similar, so this one sprang forth from that seed. I’m doing something along the D & D theme for my youngest daughter’s birthday. I guess after I finish that one I will scurry back to my comfort zone and grind out a few landscape and portraits to stay current. Anyway, I hope you get at least a chuckle out of your “new muse” before assigning it to the nether regions.

Our friends inside appreciate your comments.

what a muse! a bit on the evil side, eh?

truly talent there. i've been to art school. the subject matter is formulaic Heavy Metal stuff, but the talent transcends it. something about reckless and come hither and agape, in the Greek sense.

Fantasy art never tends to get taken seriously, it's a shame really. I don't think the subject matters so long as there is talent there and i think the muse is rather charming!