The Truth About Women of Colour Behind Bars‏

Thanks to all of your help and feedback, the prologue for my next book, Two Tonys, now looks like this:

Please post any further feedback in the comments below. 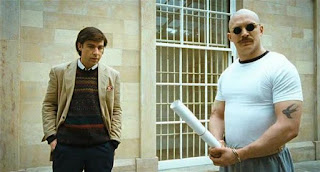 A big thank you to the team at Double Act TV for including me in the Prison Night broadcast on Channel 4. It featured clips from famous prison movies. Here's the show on Catch Up. It's repeated tonight at 11.10pm. The response online was overwhelmingly positive, especially from fans of the Shawshank Redemption. It started trending on Twitter. Even human-rights advocate Bianca Jagger pitched in with: ‏Bianca Jagger ‏@BiancaJagger Nov 7 Kensington, London Brilliant program #PrisonNight 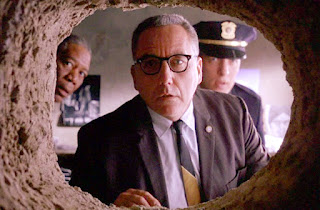 Double Act TV structured it well, achieving a balance between entertainment and human-rights issues, such as Sunny Jacob’s story, which brought on the tears. The show dovetailed with my message to schools by showing the horror of what can happen in prison versus glamorisation. Dean Stalham really livened it up with punchy and hilarious quips, and every time Sheriff Joe Arpaio opened his mouth, he managed to personify himself as one of the evil wardens from the movie clips.

This blog was started to document my journey through Arizona's deadliest jail, run by Sheriff Joe Arpaio. I was released in December 2007, but have continued to post stories online from my friends inside ranging from Mafia hit men to men who believe they're women. Here are short descriptions of them.  Jon's Jail Journal guide for new readers.My story was featured worldwide on Nat Geo as an episode of Locked Up/Banged Up Abroad. Here's the full documentary:

My story is a trilogy of books, Party Time, Hard Time and Prison Time. I have posted lots of prison-related videos on my YouTube channel. ere's some prison survival advice:

Please feel free to Tweet me any questions here or post them to Facebook here.My 17 tips on surviving jail in Arizona.  My fish survival guide. The prison strip searches included getting your foreskin searched:

Prison sex and rape are common in Arizona:

One of my cellmates was a serial home invader torturer who I didn't get along with:

In this video I describe how the gangs work:

News broadcast of Aryan Brother murdering an inmate in the jail I was at. The inmate had refused to beat someone up for the gang:

The guards in Sheriff Joe Arpaio's jail like to murder the inmates too:

My hard-hitting talk to schools:

Here are questions I answered for Nat Geo and what I'm up to now.Shaun Attwood 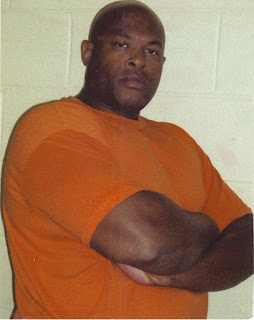 The last few weeks have been pretty serious. Firstly, the Blacks and Mexicans almost had a riot because of bad talk and drugs.

A new guy came here from somewhere (nobody knew where) and started saying that a black guy owed him money for drugs. Then he said that the black guy was a rat. To squash the beef, the gang leaders made the two go into a cell to fight. Then we had a sit-down. The two were ordered to leave the yard or get smashed. After they left, the guards locked the yard down.

As soon as the yard reopened, a second incident happened. A black guy came onto the yard and said a white guy who works in property had stolen his sweatpants. The black guy came and asked me for help. I went to the white guy, who said that he wanted to fight the black guy, because he didn’t want a jailhouse-thief jacket [reputation]. All of the whites grouped together, and demanded that the two go into a cell and fight. The black guy didn’t want to. He came to me for help. I told him to apologize. He did. Everyone said it was cool, and that was the end of that.

So now the outstanding issue is just plain old evil racism. The whites want to be the first in line to do everything: chow, store, rec… And they are willing to fight over it at any cost. Now the yard is open, there is supposed to no longer be a line rule, but the whites want the blacks to go to the back of the bus, so to speak, because they have the Mexicans backing them up.

Click here for descriptions of all of the prisoners I write about at Jon’s Jail Journal ranging from Mafia hit men to giant transsexuals.
Shaun Attwood
Posted by Jon at 11/05/2015 08:28:00 AM No comments:

This Saturday, Nov 7 on Channel 4 at 9pm (UK time), I'm part of a 90-minute Prison Night Show #prisonnight, commenting on iconic prison movies such as the Shawshank Redemption and Escape from Alcatraz. As you can see in the above trailer, Sheriff Joe Arpaio is also on the show.


This Saturday, Nov 7 on Channel 4 at 9pm (UK time), I'm part of a 90-minute Prison Night Show #prisonnight, commenting on iconic prison movies such as the Shawshank Redemption and Escape from Alcatraz.


Click here for descriptions of all of the prisoners I write about at Jon’s Jail Journal ranging from Mafia hit men to giant transsexuals
Shaun Attwood
Posted by Jon at 11/01/2015 04:34:00 AM 2 comments: