I got in a fight with a guy over me telling him to leave a weak kid alone. He didn’t like that. He called me a guard. I put myself in that position, so I had to call him on it.

I went back to the building and waited for him in the laundry room. He changed into his shorts and came into the room. I hit him right away with a light right hand. It was a mistake because he had a rock in his right hand. 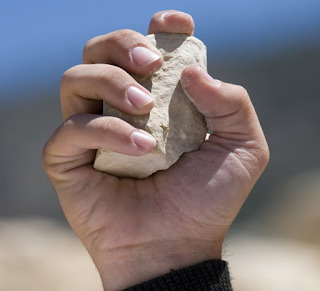 Bam! He hit me upside the head with the rock. I dropped like I came out of a plane. He was on me. He tried to choke me, but I grabbed his right hand and hit him in the balls. That made him wild with rage and hate. He really wanted to do me in.

By the power of God, I stopped myself because I was about to take it there, meaning that if he had tried to kill me, I would have tried to kill him.

Now it’s over with. God touched my heart and prevented me and him from doing any real damage.

L&R from Arizona to the T-Bone Appreciation Society

Lula is a foreign national serving a seven-year sentence in Peru. 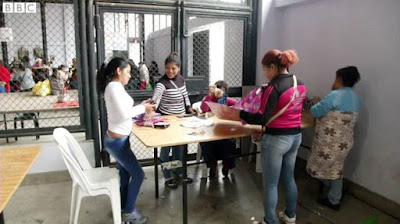 There has been a whole lot of changes. Fighting. Rearranging cells. Group conflicts. Physical fighting every week. One girl hanged herself with her clothes. It’s the only suicide to happen here in the four years I’ve been here. Lots of girls cut themselves with razors, mirrors and the inside of a thermometer.

There are lots of drugs circulating these days, especially with the new transfers that came. Some of the wardens can’t handle the large group of inmates, so they don’t mix foreigners and nationals too much. Many foreigners have their dates to go to court for freedom, but Court 7 in Peru Callao doesn’t give freedom because the magistrate doesn’t want to. Isn’t there something someone can do about this? I suppose we have to wait and see who is bigger: God or the magistrate.

Blogs by Renee in Arizona prison

Pablo Escobar Surrenders To The Cathedral