Would you believe a guard read about me at Jon’s Jail Journal! The guard turned the other way while I dealt with the guys who were out to hurt me. I went right in and hit the smallest one with a right hand. His head hit the wall. Down he went. The others just stood there for a second and that was their mistake. On a mission for God and country, I laid into them as US Marine.

These other black punks came to the door and said, “Hey, man. It’s your pod now. It’s your pod.”
“Now hear this,” I said. “Attention on deck, you jokers. If the Army and Navy ever look on heaven’s scenes, they will find the streets are guarded by United States Marines.”

Now they think I am going to run the place, but I am not going to lower myself to their standards. I am not a hero. Those men and women out there working and taking care of their families and serving God are the real heroes.

Each one teach one.
Strength and honour.
Steel embrace.

Click here for descriptions of all of the prisoners I write about at Jon’s Jail Journal ranging from Mafia hit men to giant transsexuals.
Shaun Attwood
Posted by Jon at 10/29/2014 09:59:00 AM 1 comment:

They brought a guy in from lockdown, who thought he was the stuff. He zeroed in on a young kid. He actually walked up to the kid, gave him some food, and started to horseplay with him.

The kid was hungry because they don’t feed us worth a damn in here. The kid was thinking, Wow! This guy is cool.

I was hoping the kid wouldn’t eat any of the stuff, but he did. He went into cell 2 out of view, and the guy was on him. It was so damn sick.

The guy hadn’t thought about God. I walked over there with no fear. Several other sickos were telling me to mind my own business. They were about to jump me. Man, it got real and I mean real. I realised that I was being set up, and I started to pray.

The guards came in to do a security walk. They saw the kid all red-faced and bleeding. They hauled the kid and the guy out of here real fast. They locked us down to investigate what had happened. They let us back out 40 minutes later.

I knew it was on, and I had a better idea of who had stolen my store. I thought I knew before, but I realized it was three of them. I had underestimated their desire and passion to hurt me.

I am going to clamp down on these guys before I write more, and I won’t be taking them lightly.

Click here for descriptions of all of the prisoners I write about at Jon’s Jail Journal ranging from Mafia hit men to giant transsexuals.
Shaun Attwood
Posted by Jon at 10/21/2014 10:40:00 AM 10 comments:

Click here for a FREE ebook version available for Kindles, all devices and PC's.
The 2nd edition is rewritten in the present tense and vastly expanded. 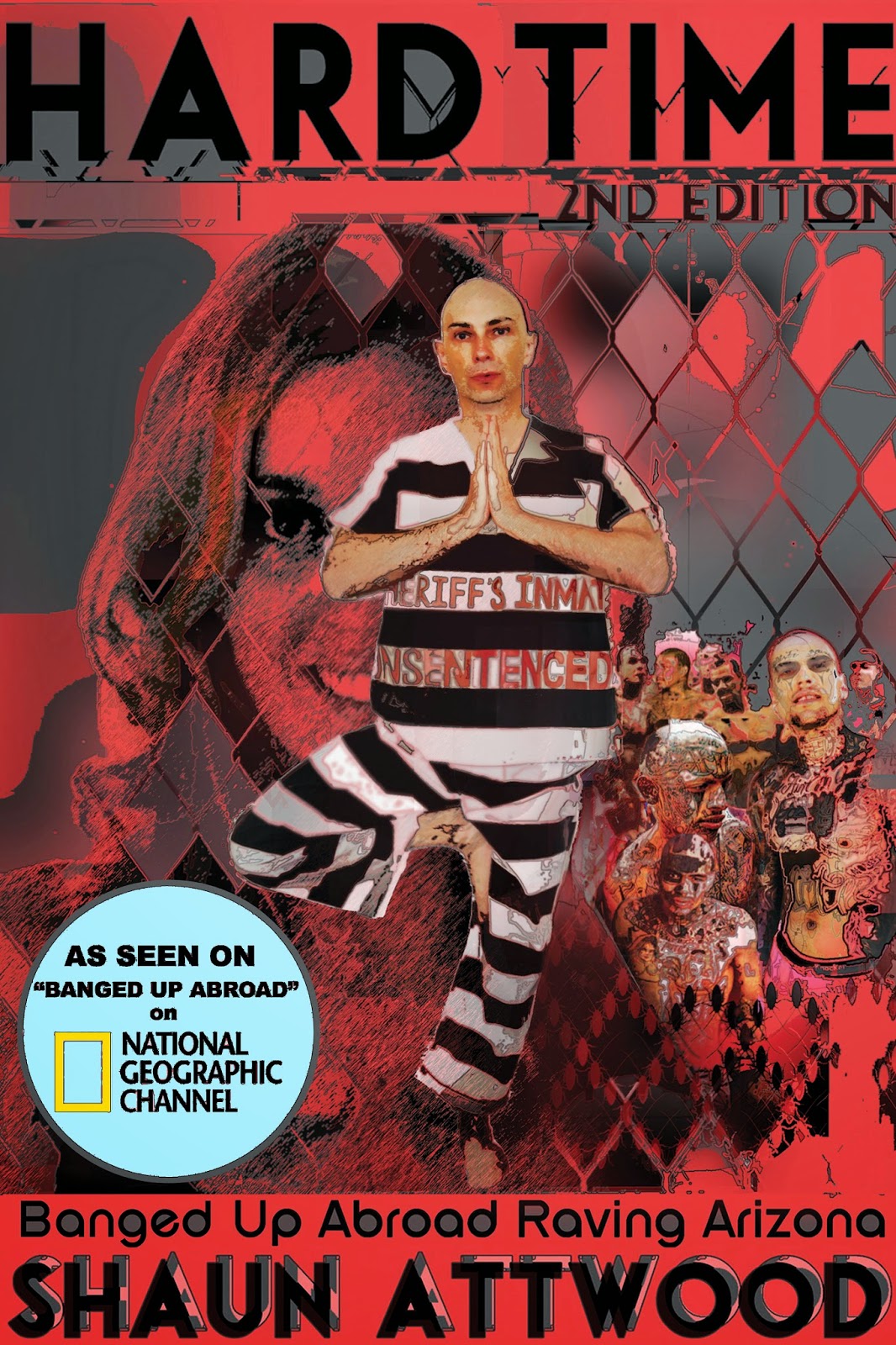 Cherish Life and the Small Things by Shaun Attwood

Your Life as an Inmate (Guest Blog by Tommy Chandler)

Tommy Chandler went to the Denver Detention Center two times this year for 54 and 55 days. One was a theft charge and the other was urinating in public. He is 44 years old and 93 days sober after using meth and marijuana for 33 years. He wrote this in jail:
The bricks have no warmth here, nothing but the cold reality surrounding you. Caged in like the mighty lion that got caught, his instincts slowly fading away. Your aching back is begging for freedom again. Until then nothing but a cold metal bunk bed with a two-inch-thick broken-down mat is all you get. The loud snoring in both cells on each side has you sandwiched into never-ending sleepless nights.
Once a week, most look forward to commissary day. Some will be smiling like kids on Christmas, others just sitting enviously like kids in the corner that Santa forgot, wishing they would have heard their name called to go get their bag of goodies.
Loneliness constantly creeps into your mind and heart. But you’re never alone as you’re constantly surrounded by other inmates and guards. Most of whom couldn’t care whether you existed or not.
Few inmates can remember phone numbers of contacts in their cell phones. Those that can need their friends or family to prepay phone time to accept collect calls. Unfortunately, most have burned everyone outside due to drugs, bad behavior and bad decisions. So phone calls and visits are rare.
The food is repetitive and lacks in so many ways they just call it chow. It is served three times a day. There is a twelve-hour span between your last meal that day and breakfast the next morning. So your options are to starve, save and hide food for a snack later or eat commissary. Some pitch in together and combine items to make spreads, giving them something that tastes good and fills stomachs until the next meal. The hungry ones sit watching and wishing they could join in, almost like that little fat kid who didn’t get picked to play ball.
Once a week, you get a clean uniform and linens. First you turn in your dirty ones. Then before being given clean ones, everyone is put out into the courtyard. Then the guards search the entire place. They rummage through everyone’s belongings, making a mess to clean up, confiscating items not issued to you or bought through commissary, removing anything extra that might provide comfort, individuality, or a sense of home until your release.
This wasn’t written to complain or condemn the system, jails or prisons in any way. Reform and retraining grown adults is not easy to do. I commend all you officers trying to do your best to enforce our laws and protect our rights. What I am saying is if you have ever done drugs, domestic violence, been abusive, or if you just plain keep making bad choices and bad decisions, then please change or this will be your life as an inmate.
Click here for the previous guest blog: The Birdman by Randall Radic

For the next two months, the annual Koestler Trust exhibition of prisoner art is in the Royal Festival Hall at the Southbank Centre, London. Entrance is free, so please come along. Here are some photos, mainly from the space I curated. I chose mostly portraits and my theme ended up being "faces," including the clock-face painting. I made a brief appearance on BBC Vietnam. Unless you speak Vietnamese, you won't be able to understand it, but you get a good view of the prisoner art at the exhibition. Here's the clip. 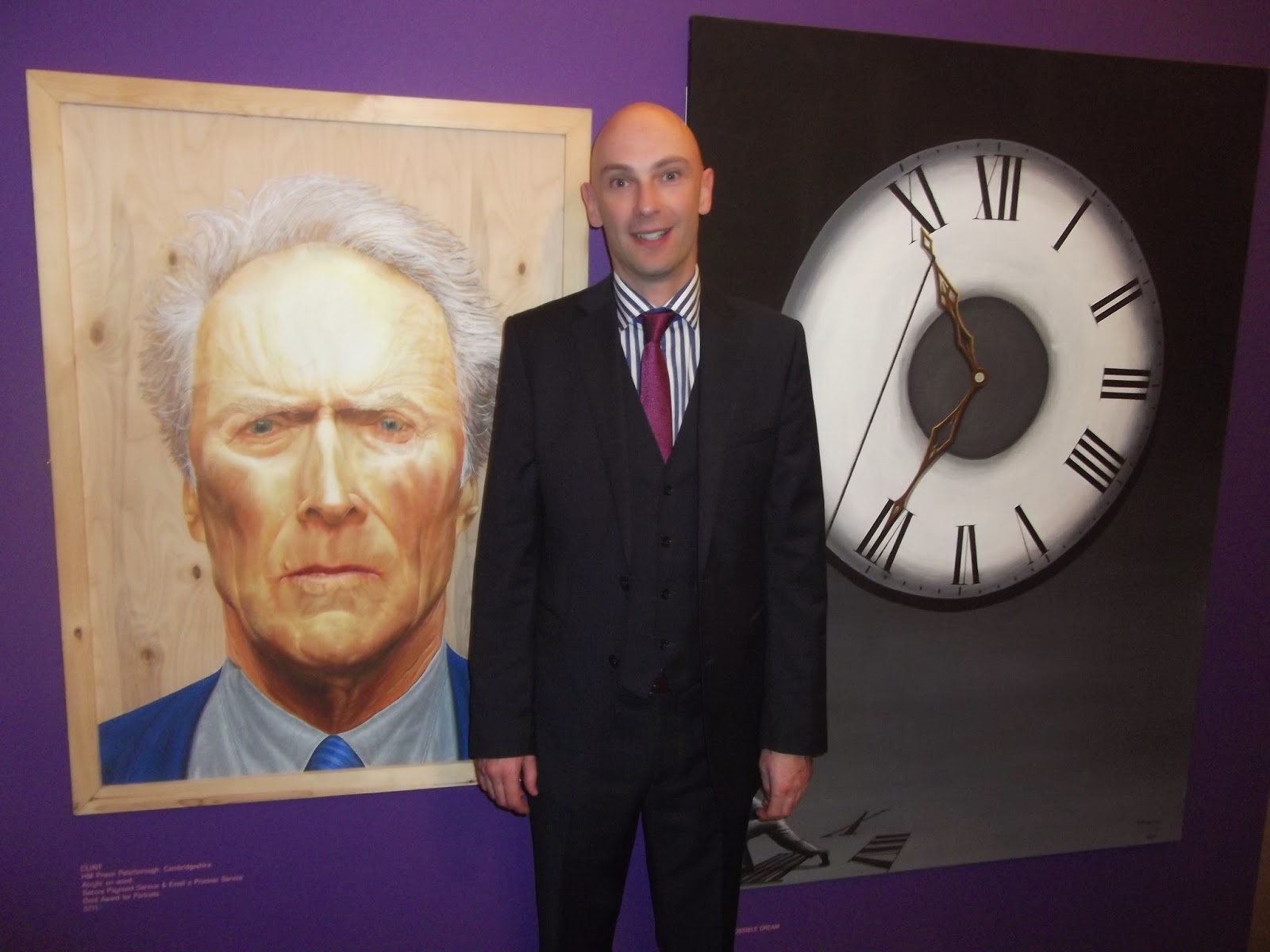 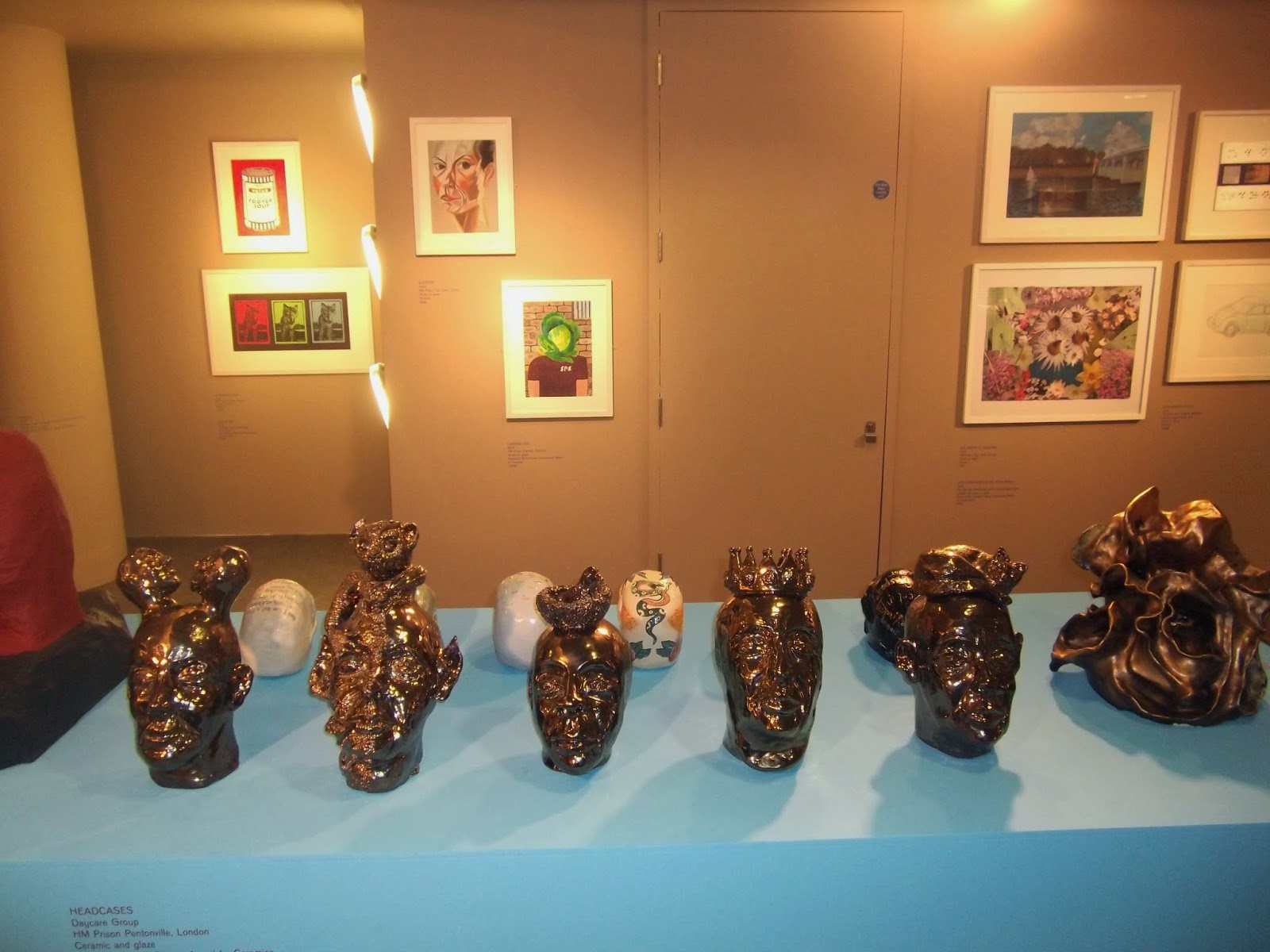 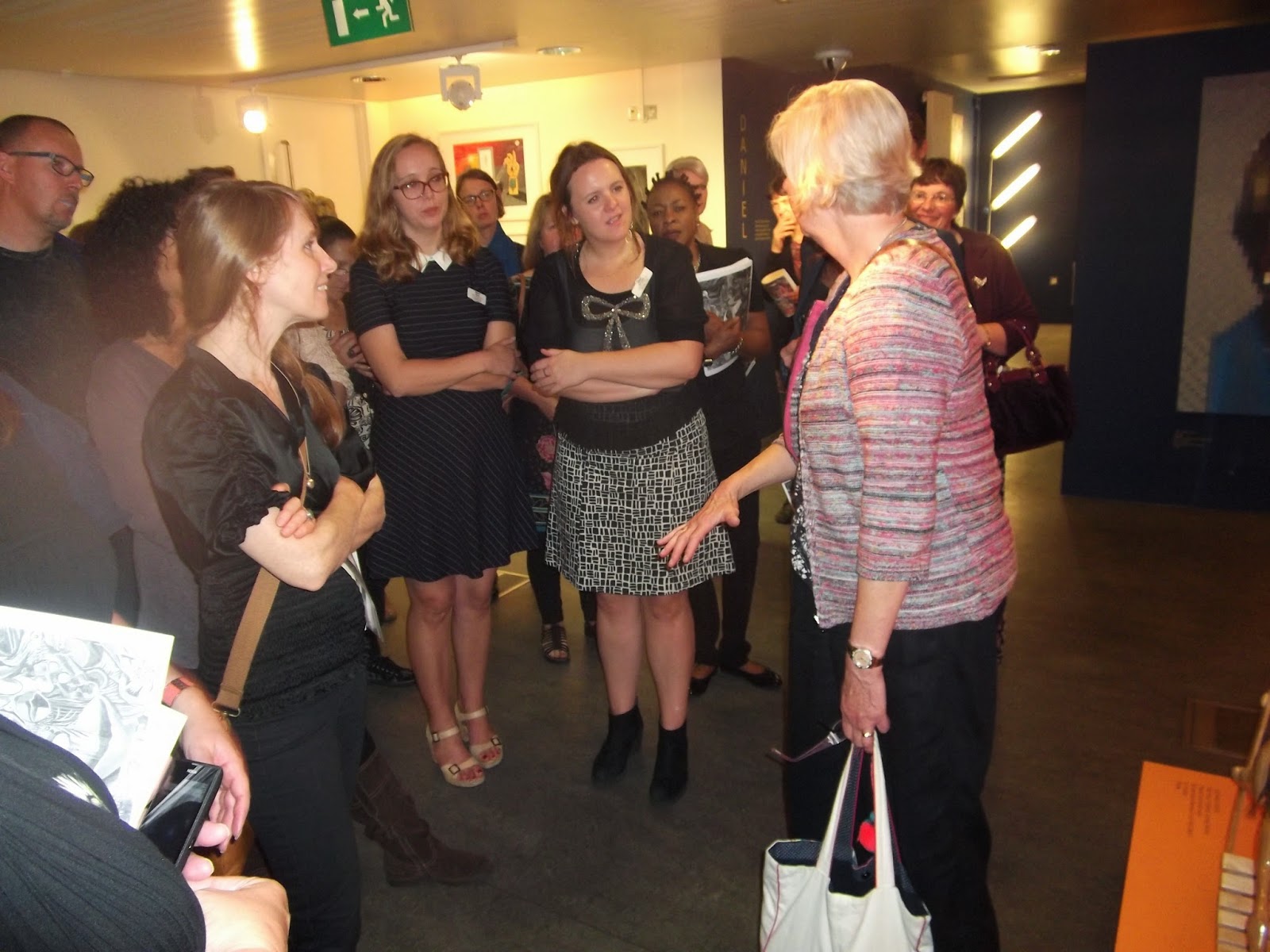 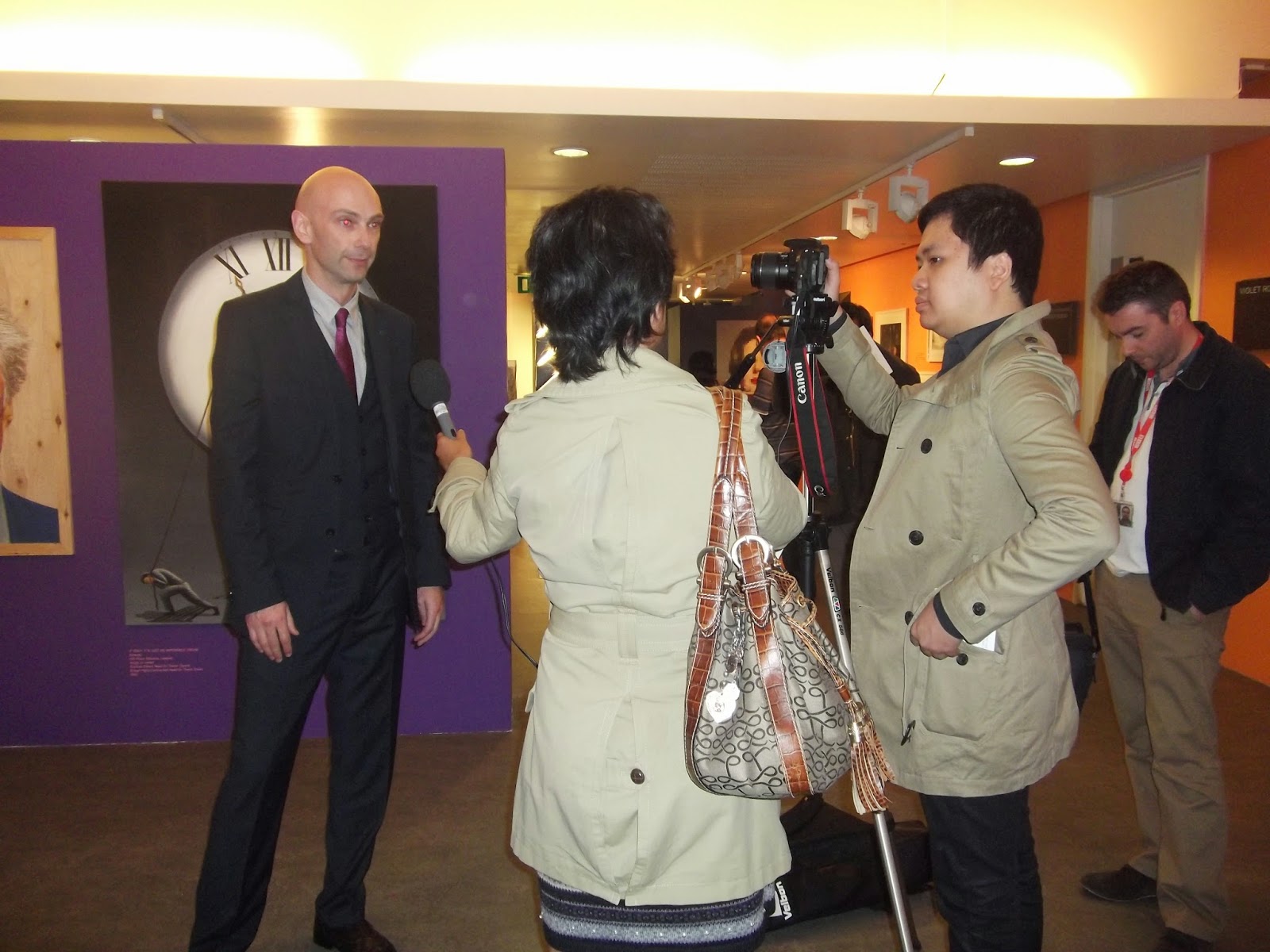 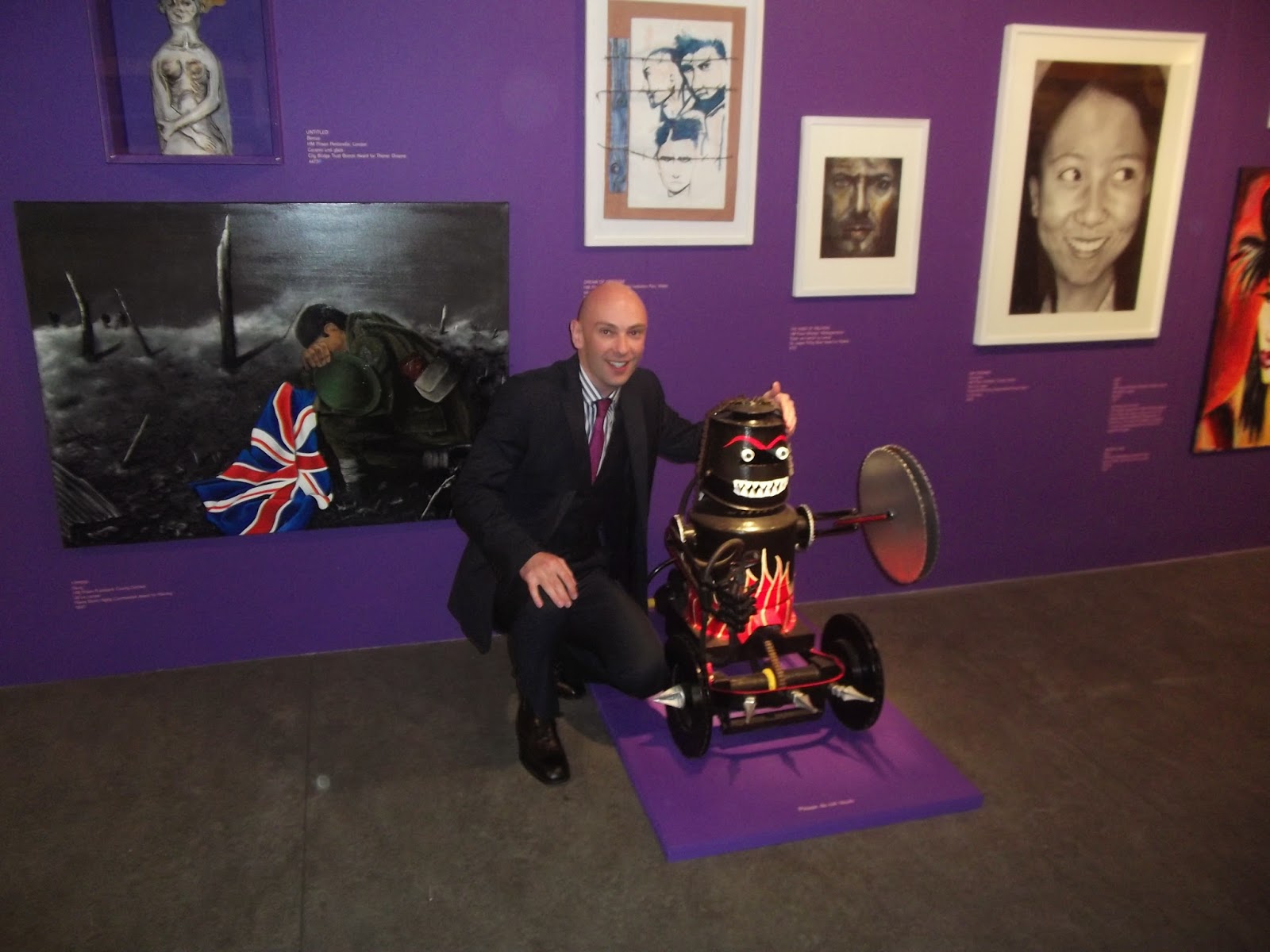 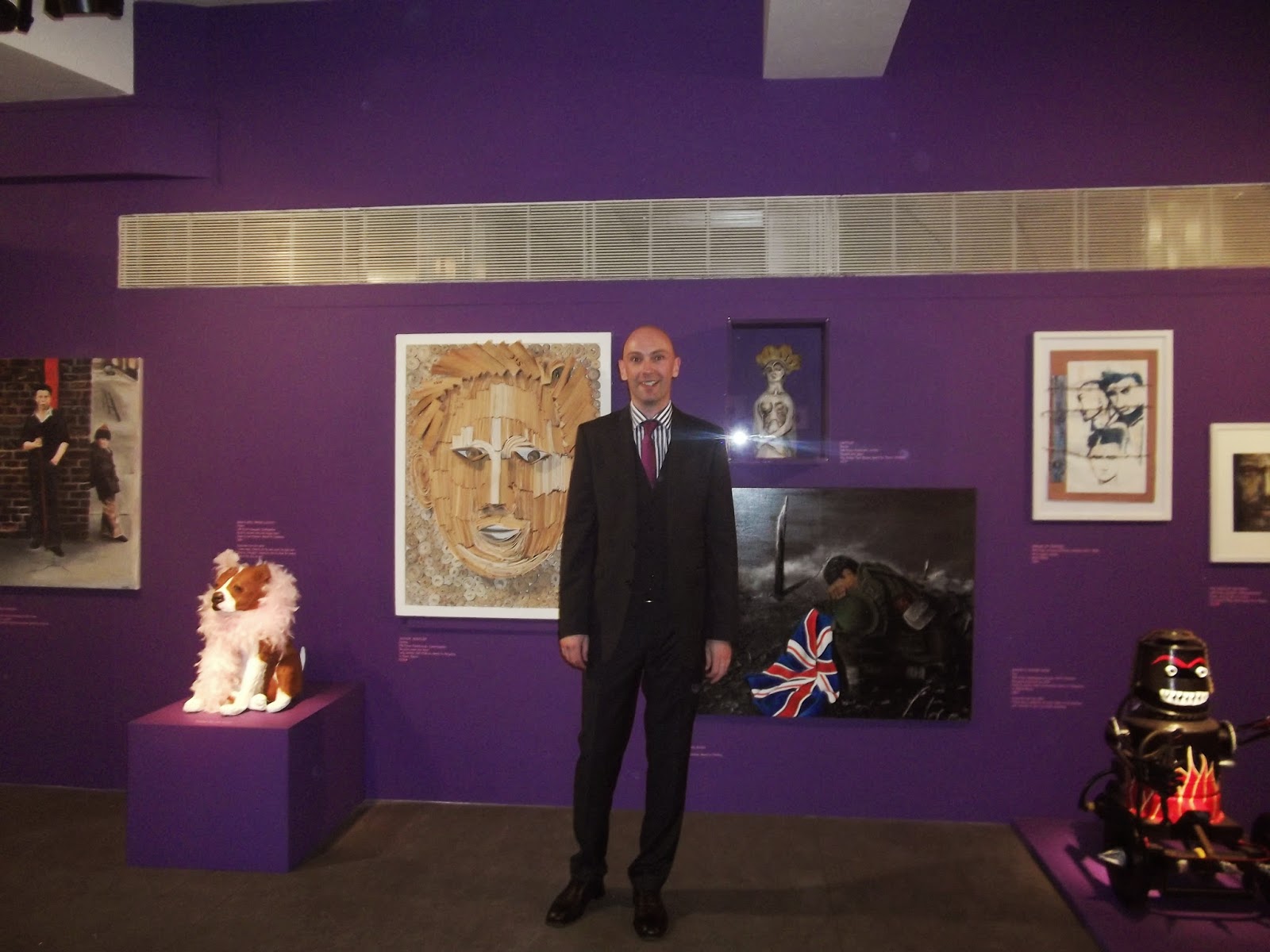 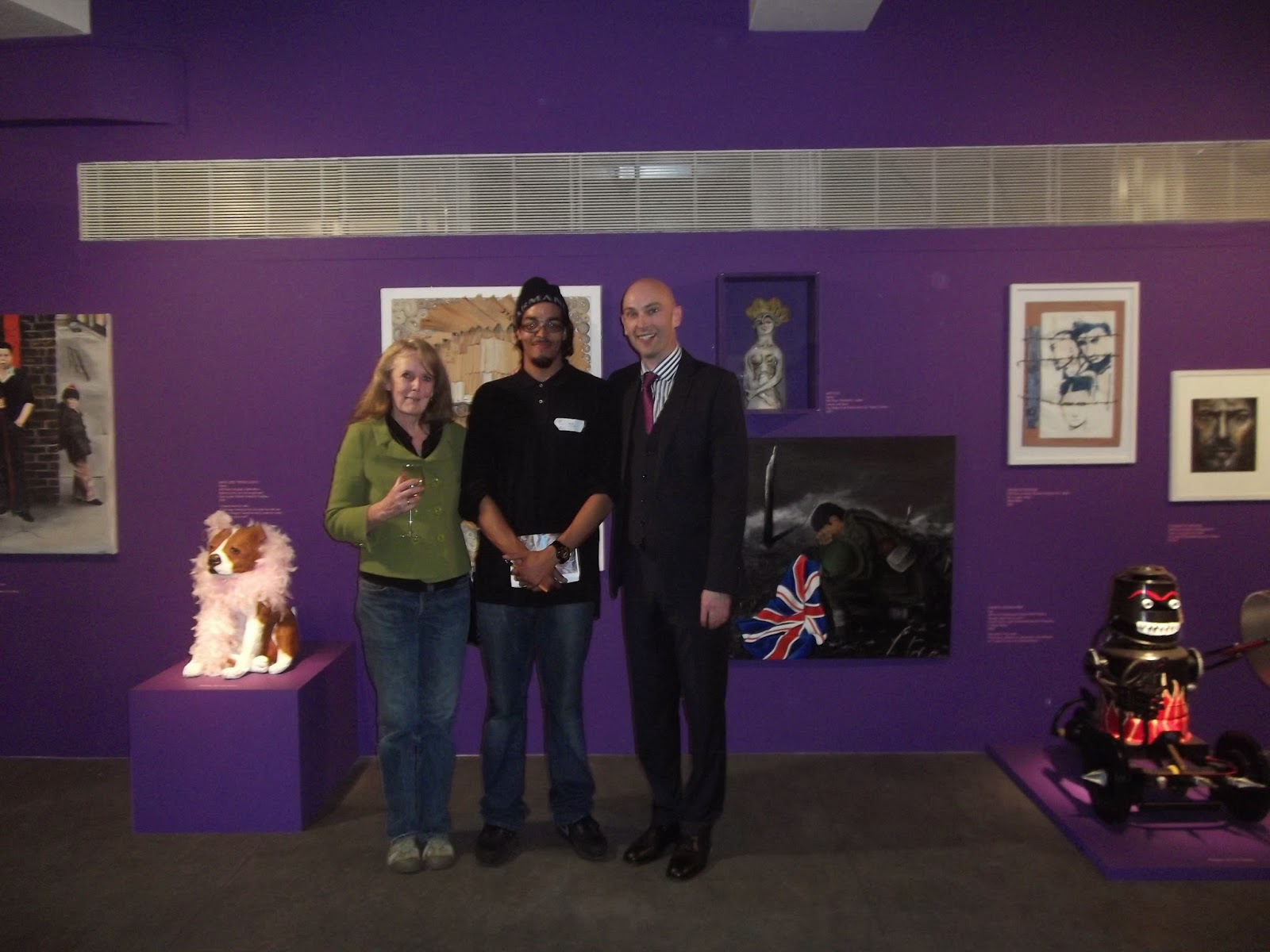 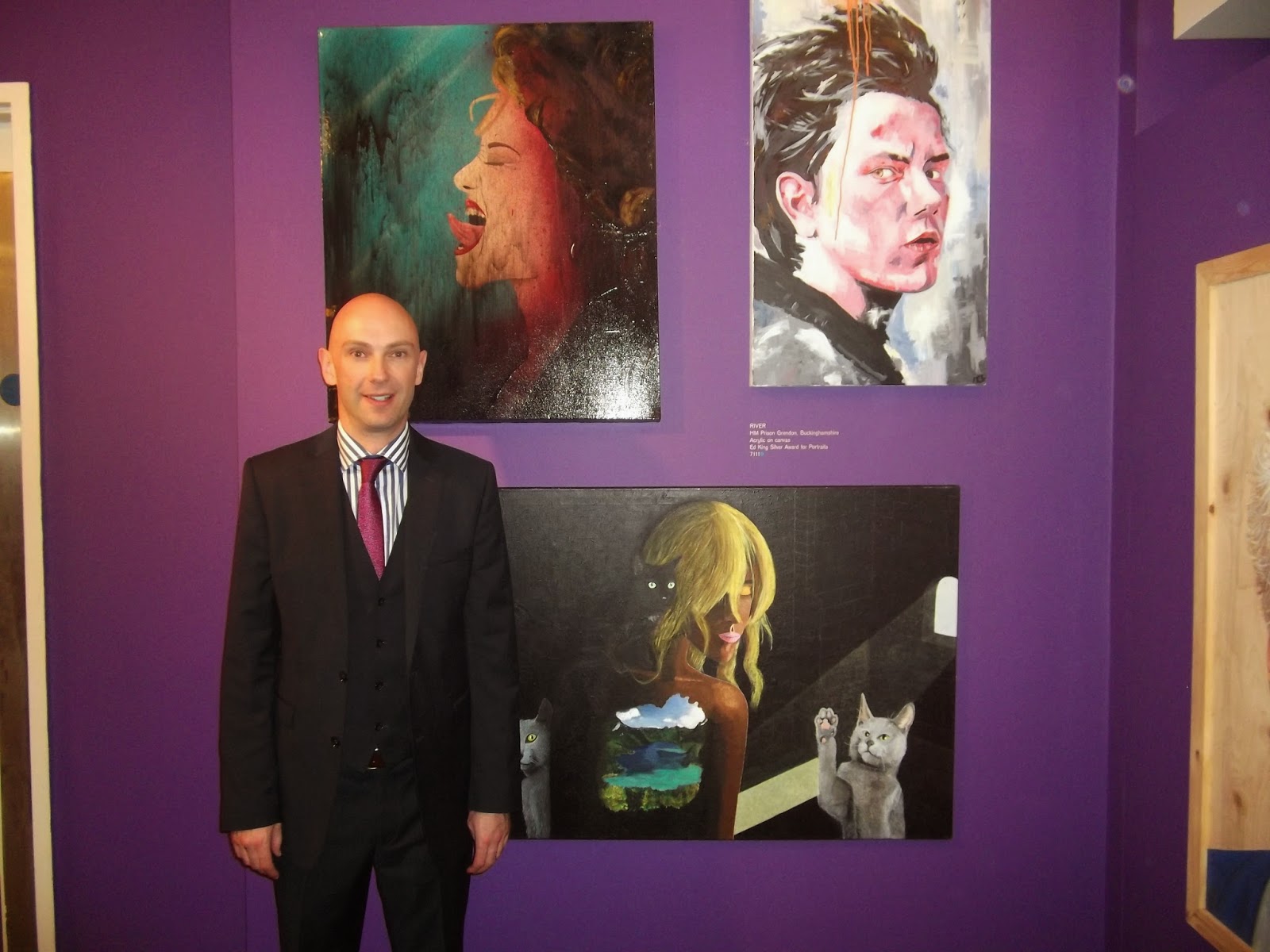 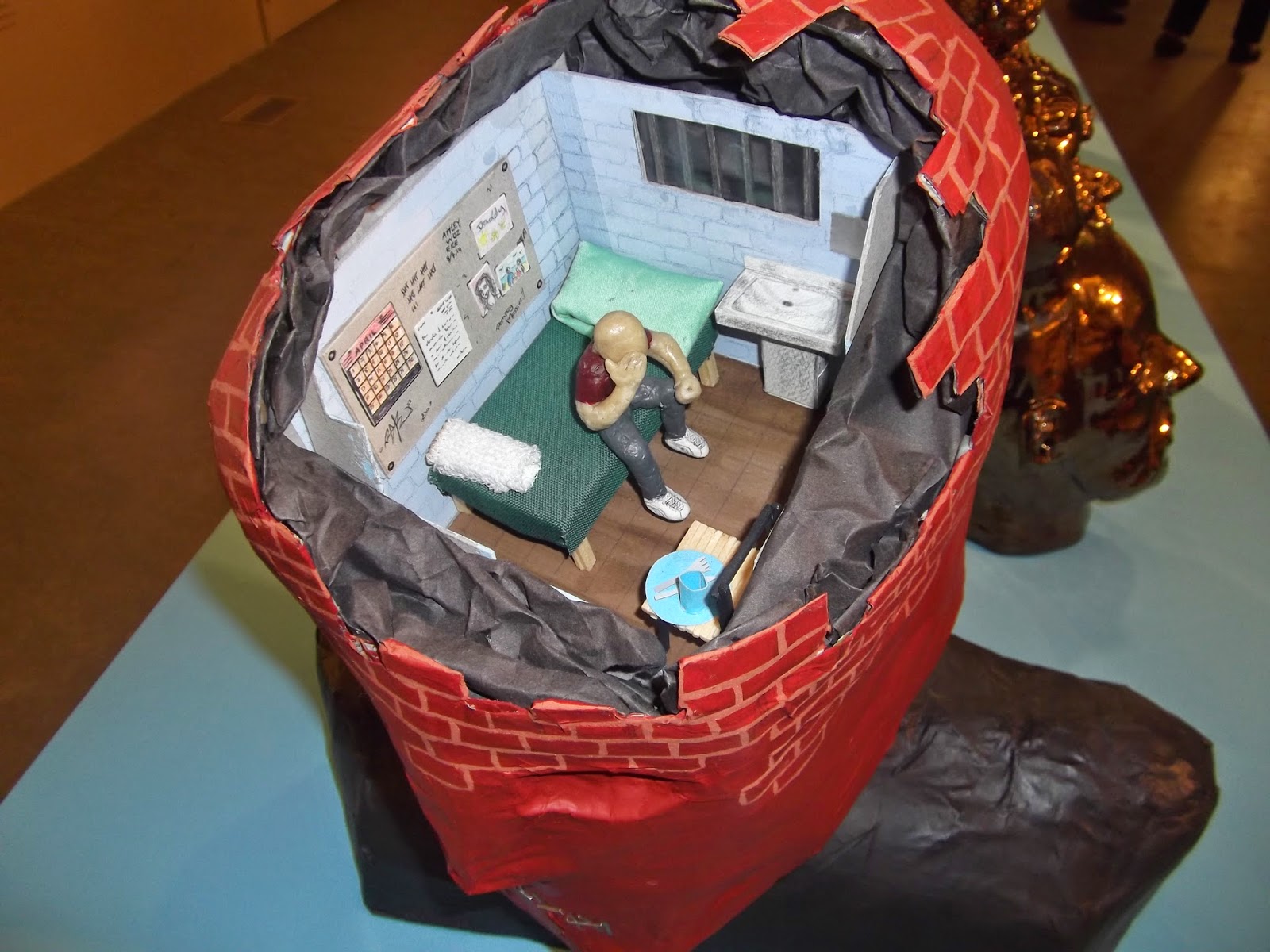 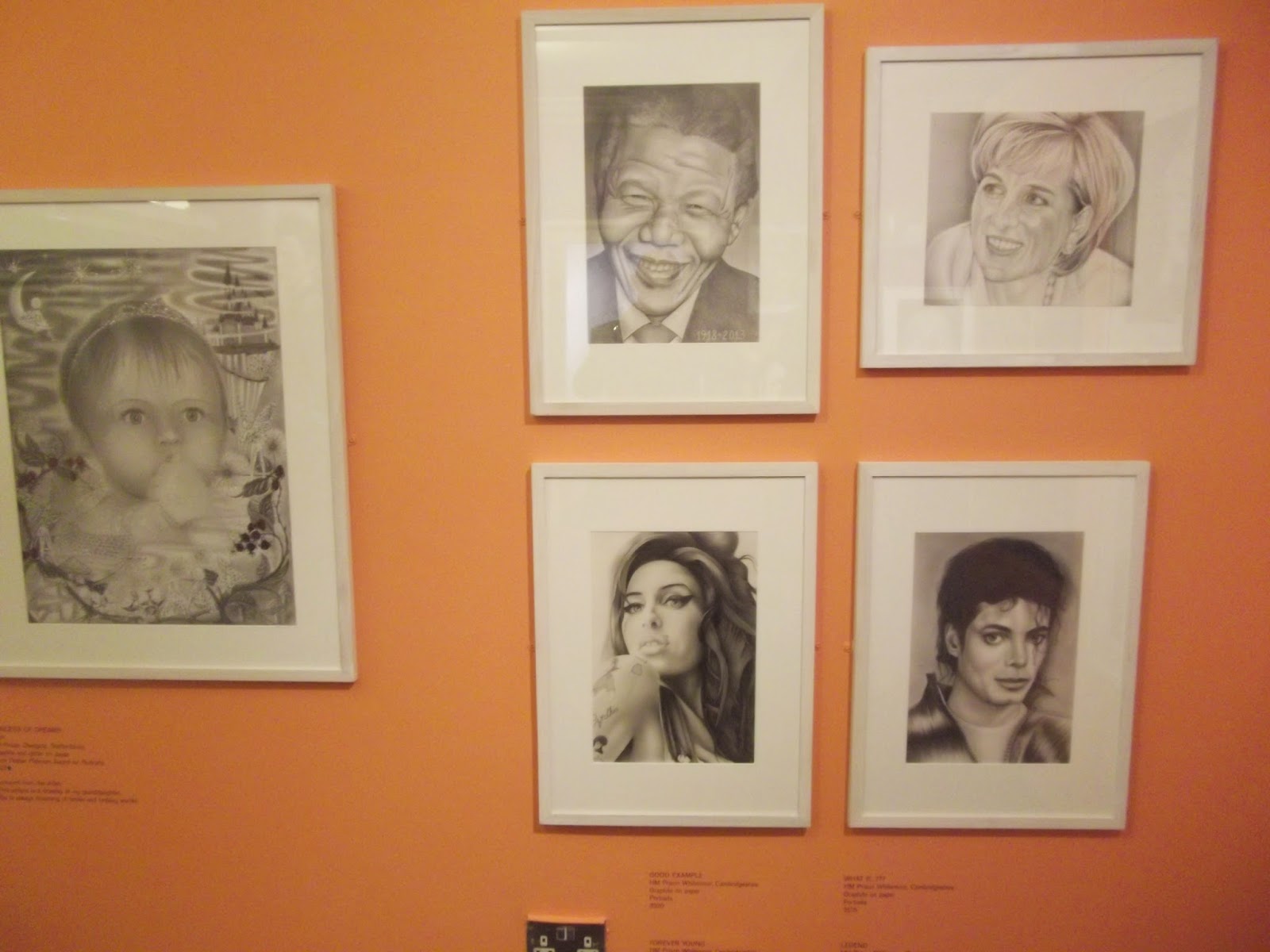 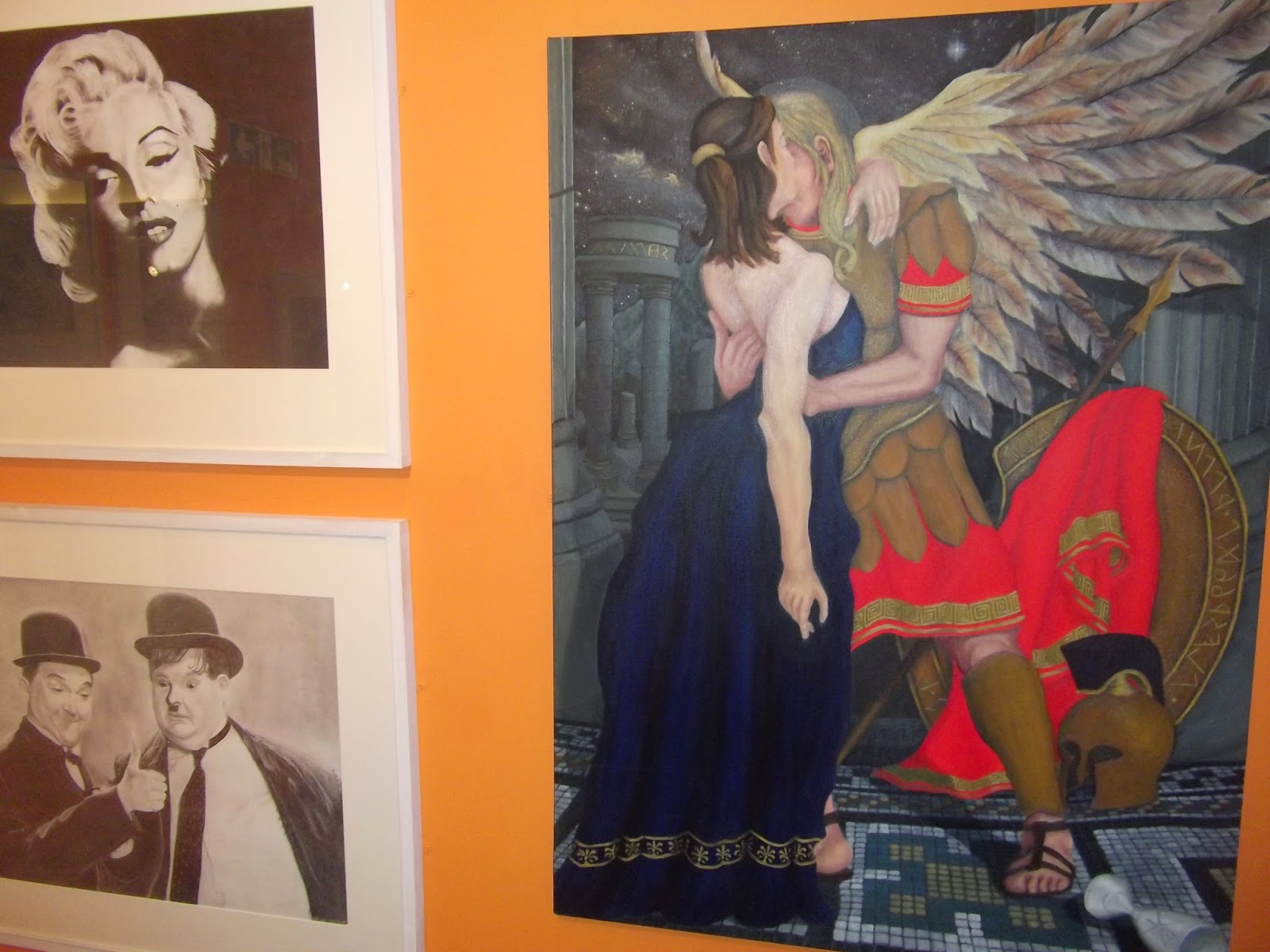 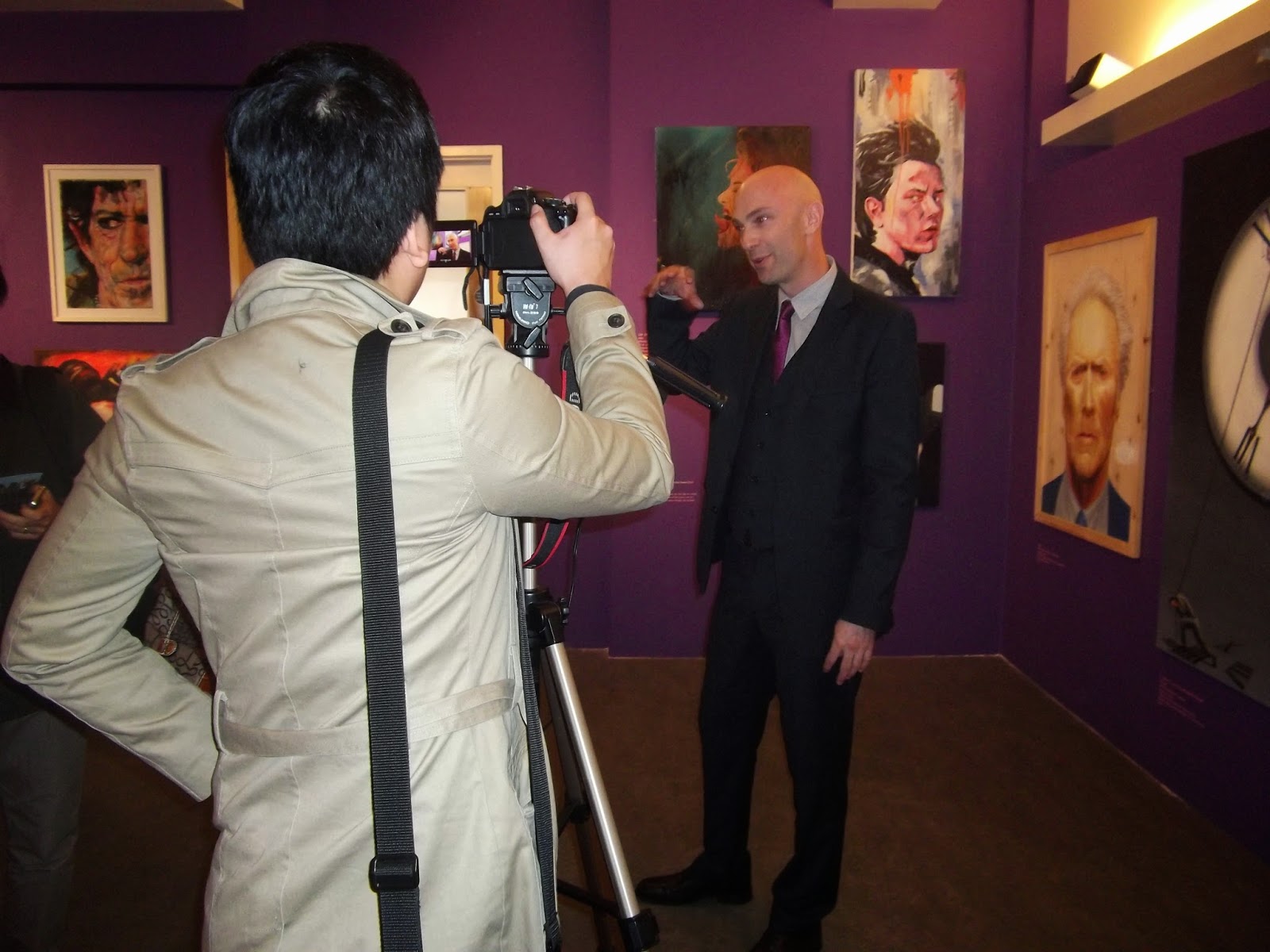