My public defender is a joke. He doesn’t want to go up against the state, and he traded some other case for mine. Now I really need help, ask people online for help so I can get a lawyer in Arizona who will plead my case. I’m in here because someone said I did something with no evidence at all, none. Just hearsay, which is like saying a man in Texas heard you did something and reported it to the police, but you were in England when he said it. I have a copy of a call that went to the police and it said that I had some gold coins that I was selling and trading. Where’s the robbery? Where’s the crime? There is none. 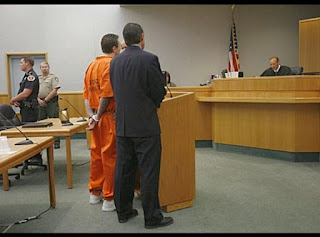 Yes, I have a record, and that is one reason they did this to me. Another reason is me being a big, black man! They look you in the face and pretend that they don’t see the color of a man’s skin. But honestly, that’s the first think they look at, along with how much money you have! You know the police need to gather evidence because without evidence, people can make any claim they want! They can say anything, make up any story against anyone.

The public needs to know the truth. I was convicted based on testimony alone and made-up stories and my lawyer asked the prosecutor to read what she had said previously, but she was not to read it aloud. So the jury never heard anything she said before, and the judge never told them that there was no hard evidence, yet the judge wouldn’t grant my motion and said there was “sufficient evidence” to go forward knowing full well that everything they did was calculated and done for the state.

They knew then and know now that everyone in this country who makes an allegation must have proof to back up their assertion. There must be collaborating evidence to prove what was alleged. The judge looked down on me because of my record that isn’t pretty, but that’s not their job.

Looking down on a defendant is wrong because they must be impartial. They must go by the law. They cannot allow personal thoughts or feelings to interfere with their judgments, but the prosecutor did, and allowed fake testimony to be shown to the jury. I know people look at me and think, “Karma got him”. But no, it wasn’t karma: it was racism, plain and simple, because if I had taken the 40 years, I would have signed the plea bargain!

Click here for descriptions of all of the prisoners I write about at Jon’s Jail Journal ranging from Mafia hit men to giant transsexuals.
Shaun Attwood
Posted by Jon at 5/31/2017 12:04:00 PM 5 comments:

My biggest news in May was an appearance on the True Geordie podcast, which gets almost 1,000,000 views on iTunes and YouTube combined. I had an hilarious time with the hosts, who got lots of extra details from my story, including some of my wild antics before incarceration. We ended up chatting for over two hours. The complete podcast which they titled England’s Wolf of Wall Street is here.

My second TED talk, which includes tips about overcoming fear and building resilience is here.

In it, I explain how I had to address my own anxiety issues and get to the root causes of my drug addiction to lead a normal life. Hopefully, my talk will help you if you suffer from anxiety and give you some techniques that you can use. My first Ted Talk is here:

With my school talks coming to a close for the academic year, I aim to finish my War on Drugs series by completing We Are Being Lied To: The War on Drugs. The Cali Cartel: Beyond Narcos ebook is now available for pre-order on Amazon here. I’m sure many of you are looking forward to Narcos Season 3 which premiers in September, featuring the new supervillain Gilberto Rodríguez Orejuela, the former head of the Cali Cartel.

After writing non-fiction true crime for over a decade, I aim to cross over to crime fiction next year. I’ve met so many characters over the years and heard so many stories, it’s time to start weaving them into a series of fiction books, perhaps with one main character.

I have some Unmaking a Murderer audiobook codes to give away that enable you to claim a free Unmaking a Murderer audiobook on Amazon’s Audible. On a first-come first-served basis, please email me for a code at attwood.shaun@hotmail.co.uk and state which country you are in. If you have watched the Netflix series, you’ll enjoy this book, which exposes the extreme corruption in the justice system. 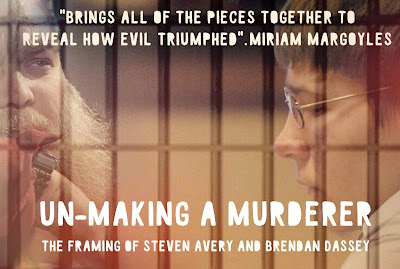 If you want to come and see me speak in London, I have two June talks:

Do you remember that guy’s butt I kicked that one day named Cannonball? Well he used to give guys dope to tell on other people who sold dope, and he used that stuff on them to give him oral sex. In other words, he got them strung out, and when they needed the dope, he had them suck him off. Sickening, isn’t it?

Old nasty Nate here had a couple of young white boys doing the same thing for him. Not long ago, one of those youngsters came up to the fence and laid it all out on the line. All hell broke loose and Nate was taken off the yard.

Before getting moved, Nate was selling dope and doing it on the DL [down-low], and playing basketball like he was some cool guy or something. He fooled me. In other words, I knew about the dope and so did the guards and everybody else. I didn’t know about the sex thing when he asked to talk to me, and I talked to him.

Nate has been playing those youngsters on Yard 2 for some time. They kept it to themselves because they wanted to get high. Nate was about to be crushed, but they moved him to lock up on lock down! I feel like a fool because I spoke up for him, not knowing, but then nobody knew until that kid went off on him.

Click here for descriptions of all of the prisoners I write about at Jon’s Jail Journal ranging from Mafia hit men to giant transsexuals.
Shaun Attwood
Posted by Jon at 5/24/2017 10:01:00 AM 89 comments:

New book - Girl With A Gun: A Teenage Freedom Fighter in Iran

My sister is writing a book about a world-renowned women’s rights activist Diana Nammi and we’re asking for your help in making this happen.

The book Girl With A Gun: A Teenage Freedom Fighter in Iran is being published by Unbound, the world’s first crowdfunding publisher, and you can pledge for a pre-order copy of the book at this page.

Diana Nammi became a frontline fighter with the famed Peshmerga -  Kurdish freedom fighters - when she was only 17. Born in Iran and now living in the UK where she runs a women’s rights organisation, Diana’s life story is full of incredible twists and turns.

Karen was sent to interview Diana Nammi for the British newspaper the Independent on Sunday in October 2014 after Diana won a Woman of the Year award for her work campaigning to get ‘honour’ based violence recognized in the British legal system.

Karen says: “I had one hour but could have talked to her all day. I knew immediately that her story should be told in a book and hopefully, one day a film.”

One Person Can Change The World

Karen explains what the book is about:

“Originally named Galavezh (Morning Star), Diana grew up in the Kurdish region of Iran in the 1960s and 70s. This was a time of cooperation and looking out for neighbours. It was also a world of forced marriages, with a woman’s value determined by her husband or male relatives.

But Galavezh was cherished by her father, who was a kind and brave man. At the age of four, she witnessed him stepping forward to save a woman’s life on her wedding day. From this act, Galavezh learned that one person can change the world around them.

After Kurdistan was attacked, she became a soldier in the famed peshmerga fighting force. She spent 12 years on the front line, and helped lead the fight for women’s rights and equality for the Kurdish people. She became one of the Iranian regime’s most wanted. The book is also, at its heart, a love story.

Peshmerga literally translates as ‘one who sacrifices oneself for others’. The forces, including more than a thousand women on active duty, are currently fighting ISIS in northern Iraq. This is the unique and powerful account of a woman who fought with these troops, travelling across Iran and Iraq, standing up for women and girls and slowly but surely changing the world.

“We’re working with the publisher Unbound, who are behind a number of recent best-sellers including The Good Immigrant and The Wake which made the Booker long-list. Unbound raise the money for the cost of a book's publication by pre-selling the hardback to about 600 people. This is where you can come in by helping to get this important story told.”